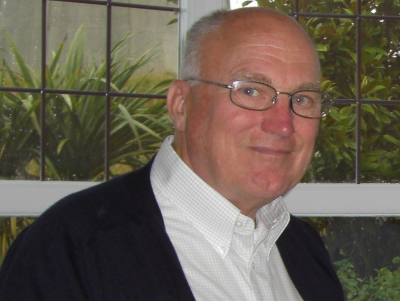 Dr Charles Hansen showed in his 1967 doctoral thesis that the practical world of solubility could be usefully described by just three parameters: δD, δP and δH which represented the Dispersive (van der Waals), Polar and Hydrogen-bonding aspects of a solvent, a polymer or a pigment. It took only a few years for the industrial world to embrace these concepts with enthusiasm and a few years later they started to be called (first by Beerbower) Hansen Solubility Parameters. His work built on the brilliant insight of Hildebrand that a lot of complex theory could be distilled down to the idea of a "solubility parameter". Hildebrand himself realised that the original Hildebrand Solubility Parameter could only apply to relatively non-polar and non-hydrogen-bonding molecules. Industrial formulators had responded with initial enthusiasm to Hildebrand's ideas but quickly found that the limitations on polar and hydrogen-bonding systems were too severe. It was Hansen who came up with a solid, experimentally valid and consistent way to divide the Hildebrand parameter into three components and who could then generate large tables of values to be used by practical formulators. Above all, Hansen chose an "engineering" approach; what mattered was what worked. If others found fault with the system let them come up with a better predictive tool. Till then, HSP would do just fine.

Dr Hansen used his ideas in industry, first with PPG in the US then in Scandinavia with paint and coatings research. Others embraced the ideas, but it was Dr Hansen who consistently pushed at the boundaries to see just where the limits of HSP might be. He was never paid to improve the ideas, he was never given a research group specifically to test hypotheses; the HSP story is of a hard-working industrial formulator challenging his own ideas and spreading the message as best he could via numerous papers, lectures and, finally, his hugely successful book, Hansen Solubility Parameters: A User's Handbook.

On becoming an independent consultant, Dr Hansen had greater freedom to take on a wider range of challenges with his clients. The worlds of contact lenses, fragrance molecules, DNA hybridisation, flexo printing have all benefitted from HSP-based patents resulting from his consulting work.

HSP went in and out of fashion over the nearly 50 years since publication of his thesis. However, there has been an explosion of interest in HSP in recent years for two reasons. First, with much more interdisciplinary work taking place in the world of formulations, teams are looking for tools that deliver rapid progress and find that HSP is one such tool. Second, having the theory packaged in HSPiP as software, eBook and datasets makes it far easier for the practical formulator to reach optimal (and often surprising) formulations.

Dr Hansen is now in "active semi-retirement" still pushing the boundaries of what is possible with HSP, still trying out new ideas, still happy to wrestle with a difficult technical challenge and use his decades of experience to come up with ideas which, more often than not, work out well in practice.

One last point. Although Dr Hansen is best known for his solubility work, he has always had a keen interest in the diffusion of molecules through polymers. The classic equations of Fickian diffusion, as laid out by Crank, can readily be brought to life by combining them with solubility insights from HSP. So if you are concerned about the safety of gloves you need to be able to solve the differential equations in a complex system where the diffusion coefficient itself depends on how much solvent has entered the polymer. These principles and some of the controversies over other approaches to diffusion theory in special cases are described in the Diffusion section of this site.

As part of the celebrations of 80 years, Charles was interviewed by SpecialChem. This is an excellent overview of the HSP and HSPiP stories and how the world of formulation science benefits strongly from the power of the Hansen Parameters.